It was a cool, winter day in January when Ana, Brent, and I hiked down the stairs for their Laguna Beach engagement photos. With endless views of clouds that stretched beyond the Pacific Ocean, the space of Victoria Beach unveiled a subtle, muted palette full of earthy and refreshing tones. We were surprised to see the weather was cloudy. Earlier that week, we experienced a full heat wave all throughout Southern California. However, the clouds played to our advantage and drew out the softest, most timeless tones on medium format film.

As the day unfolded, their engagement session was full of gull song and cool salty air. Water reflected the colors of the blues and greens in the abundant sea moss. The textured plants on the cliffside, which often burn out in the hot summer, provided a beautiful, painter-like texture to the background of their images. One of my favorite images features their hands reaching out for one another, with the blurred moss acting as an oyster-shaped frame for Ana’s engagement ring. And finally, the historic Pirate Tower, built in 1926, cemented itself as an imaginative, awe-inspiring backdrop.

As we made our way down the sandstone, Ana and Brent were so playful— splashing water at one another and jumping into each other’s arms. We had so much fun and even grabbed a few photos with their sweet sheepdog, Walter. As the sun set beyond the clouds, we ended their session near the waves. I am so thankful to have spent the afternoon with these two, creating memories for them to remember for a lifetime. 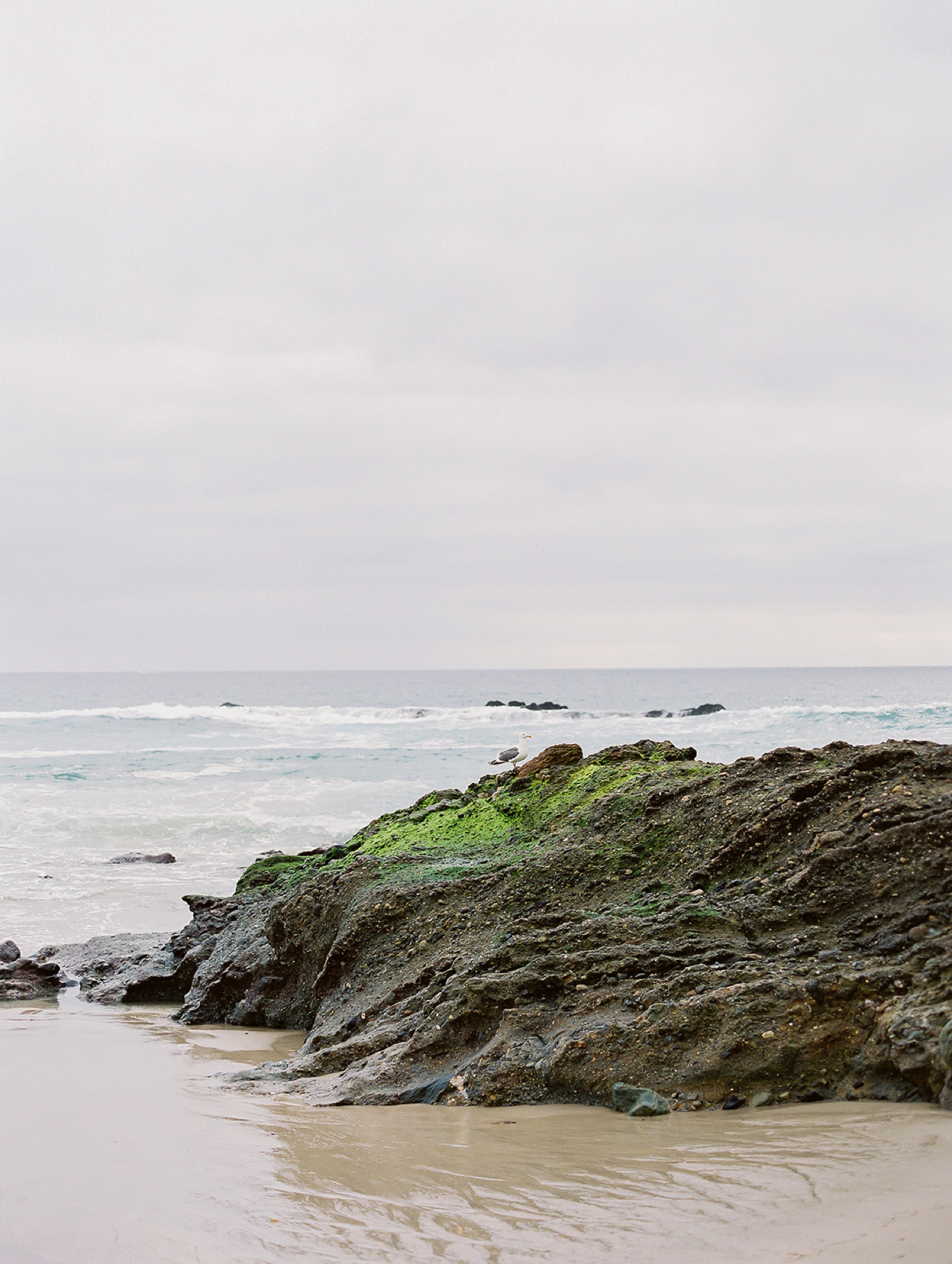 Your Narrative blog will appear here, click preview to see it live.
For any issues click here

more from the journal